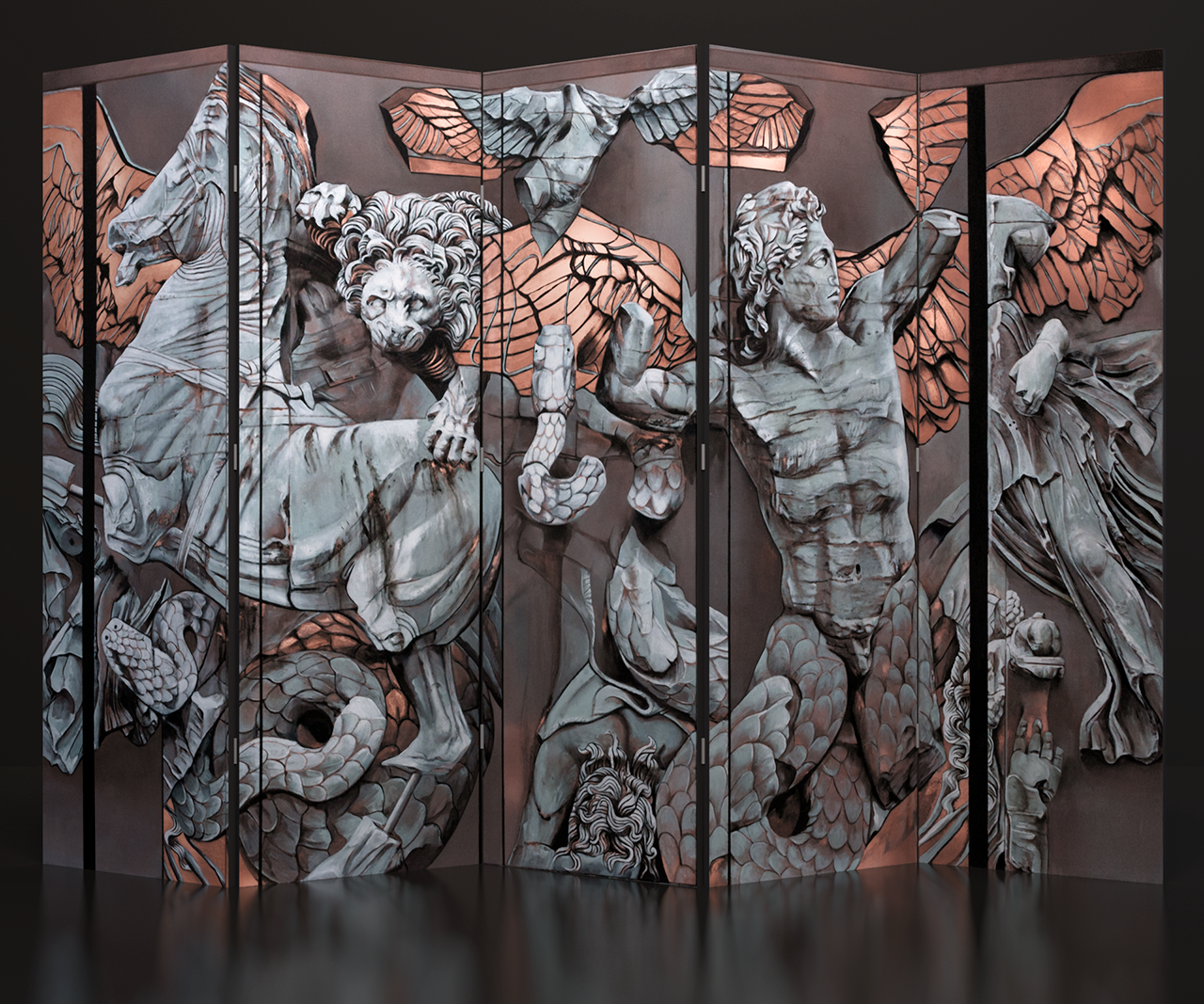 Bierenbroodspot re-creates a past in our own time perspective, allowing each epoch to be influenced by later, as well as earlier levels of meaning. She puts down layer upon layer of paint as if each were an archaeological stratum carrying its own message, with its own force and vitality. 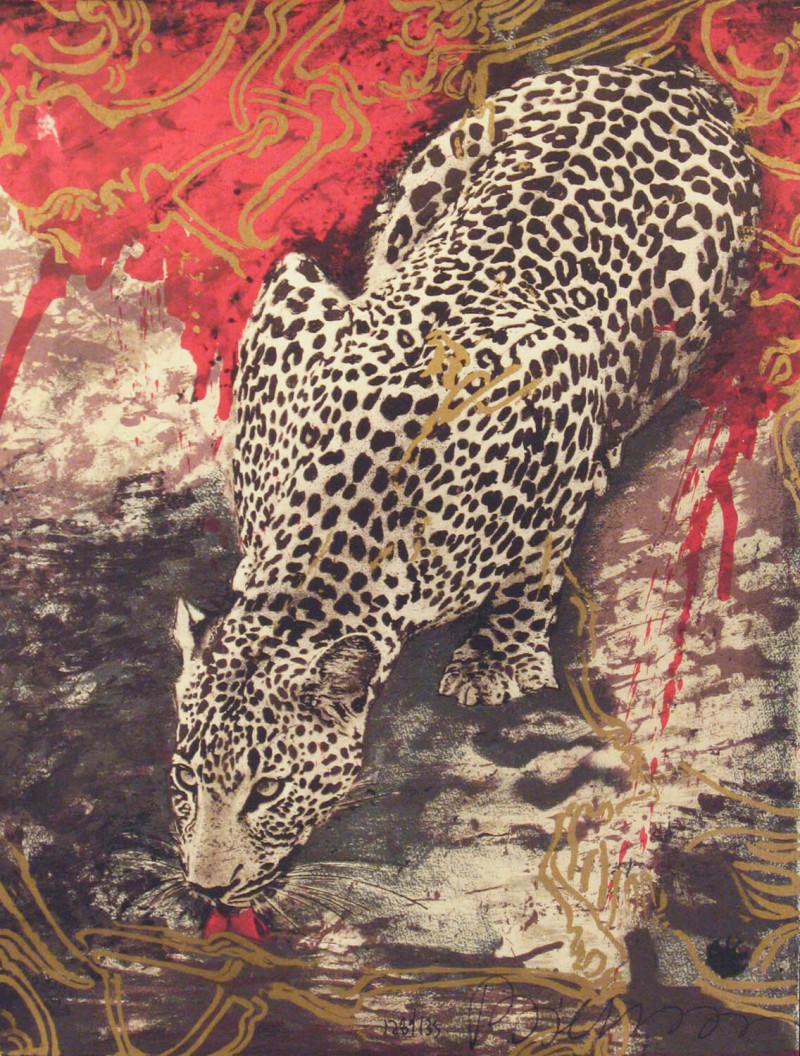 Lithography (stone, aluminium plate, and photo-), silk screening, innovative art books: see the giant CODEX BIERENBROODSPOT, a book that is an art object at the same time, captured and bound in real red copper and engraved with special characters and in a font designed by Gerti Bierenbroodspot. 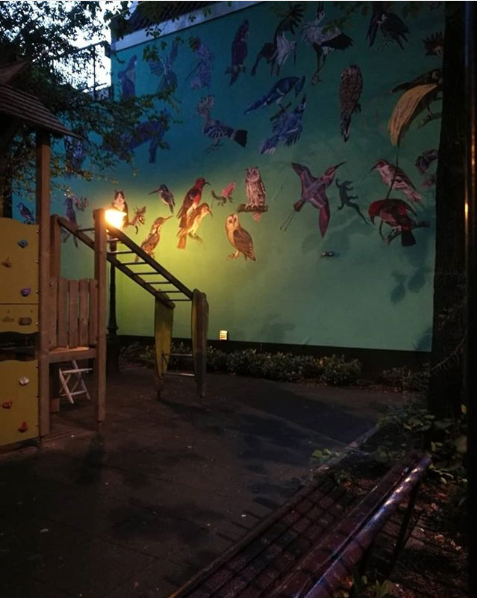