The Battle of Kadesh

Two great empires clashed outside the city of Kadesh in northwest Syria. The pharaoh Ramesses II led the army of Egypt against the forces of the Hittite king Muwatalli II, whose vassal held the city. The largest chariot battle ever fought took place that day, involving between 5,000 and 6,000 chariots; that’s 10 to 12,000 horses thundering across the plains. Losses were heavy on both sides. At the end of the day, the Egyptians held the field while the Hittites kept control of the city. Both kings claimed victory but I call it a draw: the kings agreed to make peace; their words were inscribed on a silver tablet, the earliest international peace treaty known in history.

Scintillating sculpture with four horses and fragments of battle chariot. 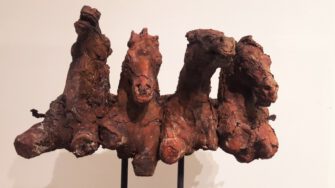 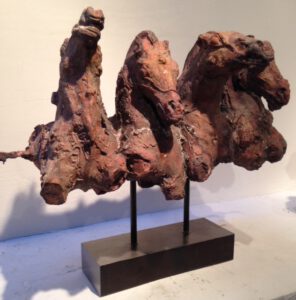 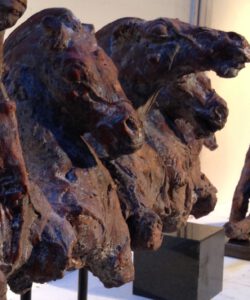 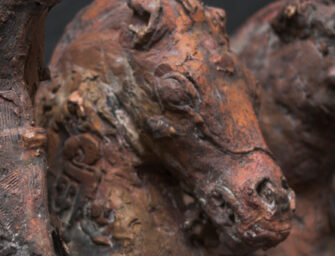 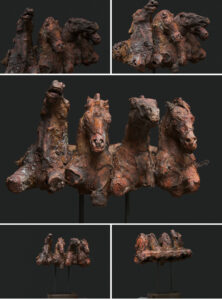 Technique: Hand-patinated and painted bronze on a steel base