Some time after the middle of the ninth century (850 BCE), in the Early Iron Age, some villagers on the western coast of Sardinia began making stone statues of larger-than-life young warriors. Some fighters were armed with swords, some with bows and arrows, and some had  only a single heavy boxing glove as weapon. These are the 40 Giants from Mont’e Prama, who stood for centuries guarding the cemetery of a hundred young men; whether they commemorate ancestors or mythical heroes, there is nothing like them anywhere else on earth.

Bierenbroodspot was able to study the Giants in great detail: face to face with an Archer, she turned him virtually in every direction, understanding him better and better.

This resonated with the artist, feeling their individual powers: ‘Who were they?”, “Who made them?”, “Why are they found at only this one place on Earth?”. And so the Warriors return in her work, painted as mysteriously, as distantly, and as unknowable as they are in reality. 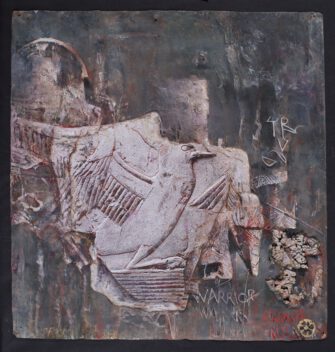 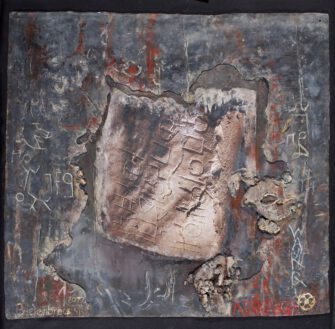 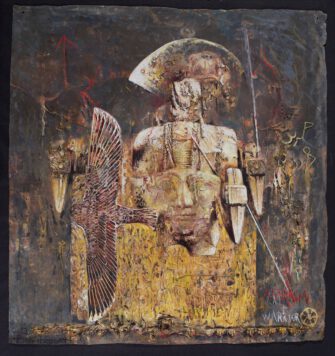 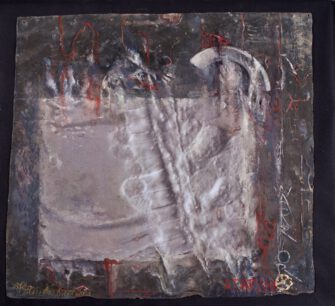